Born in Leningrad in 1920. He finished Leningrad Art School in 1937 and then graduated from the Repin Art Academy in 1952. Passionate realist he spent long hours sketching and drawing from life scenes and travelling about his vast native land with his palette and brush. In 1953 he became Member of the Union of Artists, establishing himself as a portraitist and artist of figurative painting. Art, as well as poetry, became his life-long inspiration. His versatile talent was recognised in Russia early before "perestroika" opened doors to the western world of connoisseurs of art. His works are exhibited in galleries and museums of different towns and cities of his motherland, including internationally known the Tretyakov Gallery (Moscow). Many of his paintings found their way to private collections in the USA, Great Britain, Japan, Germany and Canada. 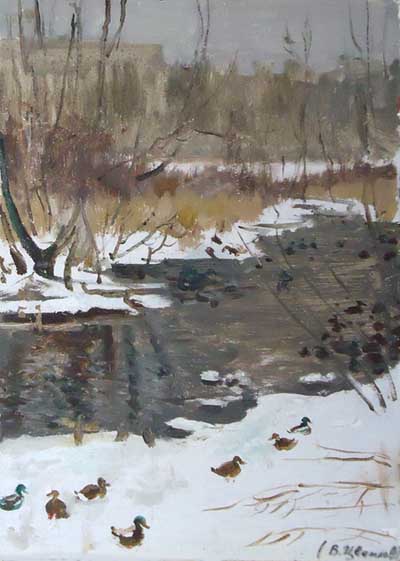 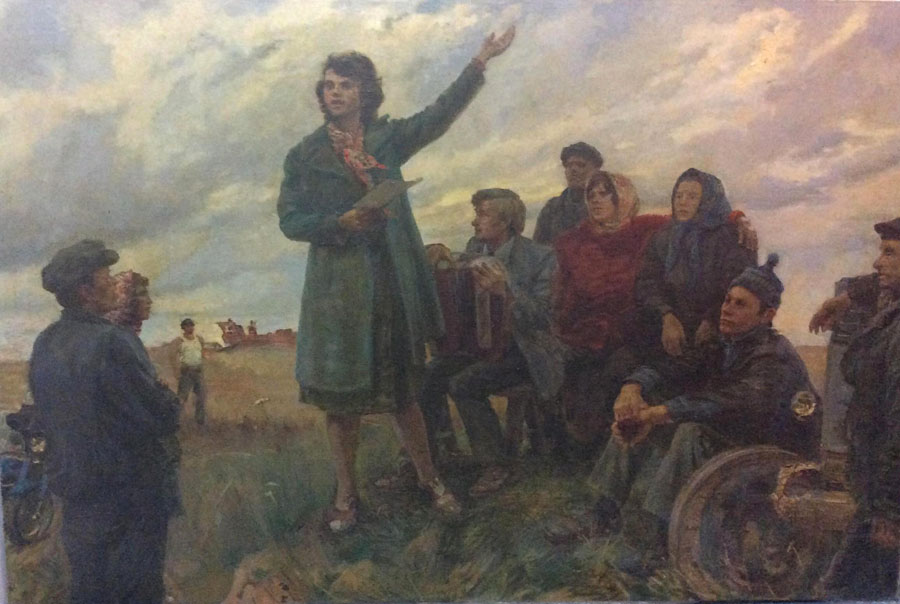 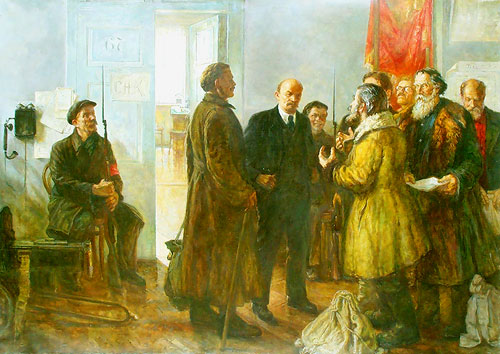 “Visiting Lenin in the Sovnarkom” 1960