Nikolai Novikov was born in Vtorye Ostritsy, Moscow region in 1922. Studied at Surikov Art Institute 1942-1949. Began exhibiting from 1949. Member of the Union of artists in 1949. Important show include "All Union Art Exhibition" Moscow, 1950-1965. "Soviet Russia", Moscow, 1960-1980. Painted number of works depicting young military cadets late 1940-s. And village everyday lives1950 -1960. Well known works include "In the new House" 1961, which exhibited in the Tretyakov Gallery, Moscow. His works are held in Moscow, Leningrad, Tula, Gorky and Vladimir Art Museums. People's Artist. Member of the Russian Academy of Arts. Many of her paintings have found their way to private collections in the USA, Great Britain, Russia and France. 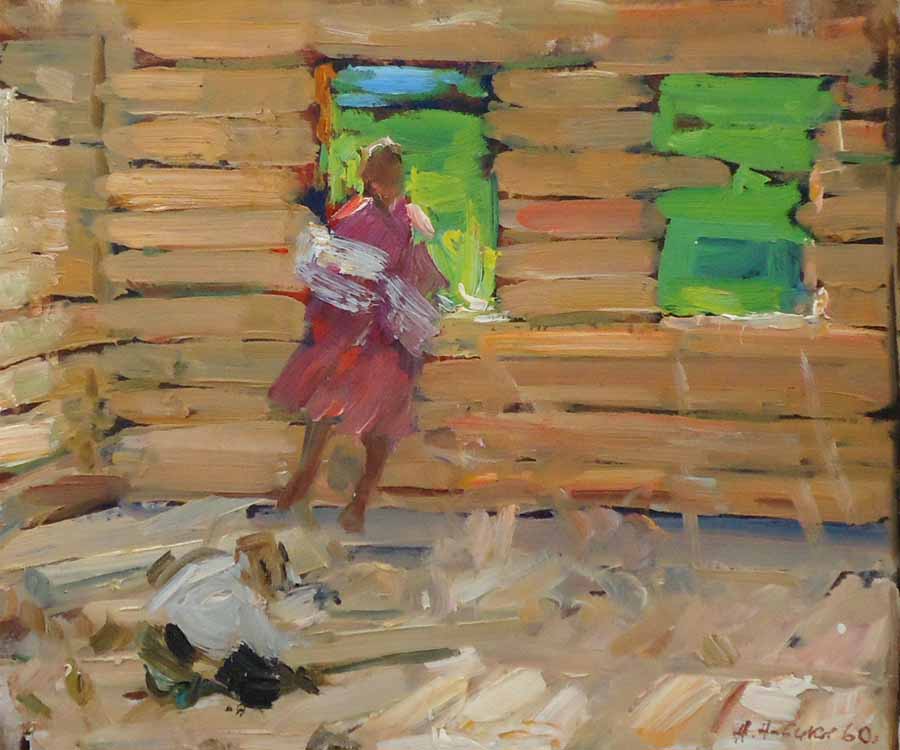